The Single Stigma: Why Being Single Can Actually be a Positive Thing

It seems there’s always been a negative connotation with the word single when it pertains to women who aren’t in a relationship. Being a single lady can unfortunately carry with it the stigma that you’re lonely and incomplete. Of course, that’s definitely not always true, and in many cases, being single can actually be liberating and self-esteem boosting.

In a society that seems to be heavily couple-oriented, being single can often be portrayed as being a terrible thing. What’s a single girl to do aside from being lonely and praying or hoping that prince charming will come sweep her off her feet? Well, this is definitely a myth that needs to be shattered immediately, as being single can actually be a positive thing for the mind, body, and soul.

Society has put quite a lot of expectations and burdens on women, leading them to tend to be hard-wired to believe that without a partner, they are incomplete. Often times it doesn’t matter how successful a woman is or how hard she’s worked to make a name for herself, she’s defined by whether or not she’s married or in a relationship. There’re also the many negative connotations used against women who have seemingly been single for a long time or are at a certain age and still single. Words such as old maids and spinsters are used to shame a woman into thinking that she needs to hurry up and find a partner before her biological clock stops ticking or that she has to have a partner to feel whole. 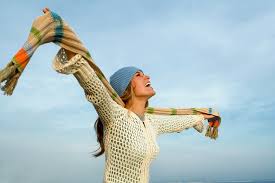 These negative stigmas that seem to follow single women don’t have to come to fruition though. There are so many positive and reasons why being single can actually be a good and freeing thing. And once you can come to terms with being happy in the single life, the more likely you’ll be to carry that happiness and positive self-awareness when you actually do find partner.

Being single means having the freedom to do whatever you want. Without the responsibilities of having to take care of family and giving your attention to your partner, you’re free to get out there and explore the endless possibilities that await. And that definitely doesn’t sound like a negative thing. You have the ability to come and go as you please and spend your time doing things you enjoy. Whether you decide to exercise your freedom with meditation, prayer, or just enjoying the excitement of discovering a new hobby, you have that freedom to do so because of your choice of being single. Of course, that doesn’t mean that having a partner means you can’t do any of these types of things, but it does limit it to a certain extent. The bottom line here is that there is a positive effect to having the freedom of not having to answer to anyone other than yourself, and it allows you to not only try new things, but discover new things about yourself as a person as well.

One of the most important things to remember while you’re out there living the single life is to not let yourself be burdened with the negativity that others will try to throw at you in regards to not having a partner. The more you embrace the positive sides to being single, the more confidence you’ll gain when it comes to eventually actually finding the right partner. So, cherish that single life while you’ve got it. Embrace it and cast off those negative notions that being single equates to being lonely. Because once you finally do find that partner, it will be all the more satisfying since you learned to embrace the freedom of your single status in a positive way.

RELATIONSHIPS. PARTNERSHIPS & EVERYTHING ELSE IN BETWEEN 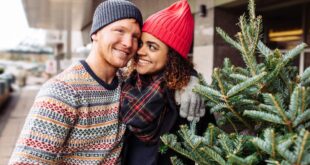 Finding the Best Partner with Manifestation