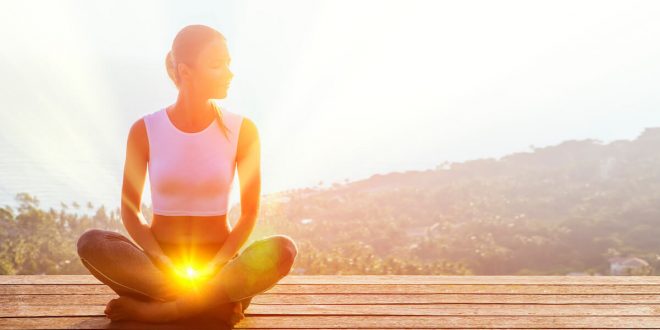 Soulmates’ energy differs physically from the energy of lovers drawn together by karmic ties, or who work as a couple to mature and grow. The energies of each partner transform and their auras change color when they’re near each other or thinking intently of the other person.

Spiritual relationships, also referred to as twin flames, soulmates, or karmic mates, are often the result of people with similar or matching aura colors who find each other and build a relationship in which each individual’s aura enhances the relationship by blending with or complementing each other.

Often in relationships that don’t work out, the partners’ aura energy colors were not compatible. People’s auras are shaped like an egg and have seven energy centers, or chakras, along the spine and neck and up to the top of the head. These chakras are always in motion. Even if they’re blocked, they pulse. They show the colors of a person who has evolved spiritually or at least has worked on that area along their spiritual journey.

Your chakra colors from your root chakra at the base of your spine to your crown chakra at the top of your head are red, orange, yellow, green, blue, indigo, and violet. There are many different shades of each color.

Each person’s aura is unique and is influenced by spiritual lessons, past lives, spirit guides, and other supernatural beings. A person’s aura can include portions in other colors and may even be composed of multiple colors. A genuinely spiritual person who’s seeking a relationship may have a sky-blue aura with green energy sections in the center of the egg shape, with light orange at the lower portions. An aura or energy reader would construe the orange as evidence that the person is spiritual, possesses a passionate personality, and is seeking a relationship.

When two strong auras connect, the partners may form a soulmate relationship. Soulmates may be completely opposite when it comes to physical appearances and their personalities. But when they’re together in the same room, their auras will change into the same bright, positive, strong color. They may be any one or combination of the seven chakra colors listed above, or white, or pink.

Ironically, when soulmate partners aren’t in the same room together or aren’t thinking of their partner, their auras will change into opposite colors. This is one of the most obvious ways for an aura energy reader to discern if their subject has a soulmate. Their heart chakra will exhibit itself and will be a quick chameleon-style change of color when they or their spirit guides are asked if they currently have a relationship with the soulmate.

It’s important to note at this point that people can share spirit-level bonds in this incarnation without being soulmates, so their heart chakra’s color won’t change into the same color as the other person’s. If the relationship isn’t a soulmate relationship, the partners may share more of a karmic bond, and they were drawn to each other to learn a specific lesson or help the other in a spiritual journey.

Generally speaking, successful relationships involve aura colors from the upper chakras toward blue and violet, rather than the lower orange and red chakras. Red and orange energy generally correlate to higher likelihoods of conflicts of interest. The partner’s lives are so contrasting that when they come together, their auras conflict and the relationship is eventually torn apart.

For example, people with dark brick-red auras are usually primal and live on survival instincts. They are usually diligent workers without college degrees because their instincts led them to leave home at an early age. Perhaps their entrance into the workforce made it impossible for them to finish technical school or college. Others have bright fire-engine red auras. They’re more likely to finish high school and complete at least some vocational training.

If two individuals with these similar-colored auras meet, they’ll likely experience strong physical attraction at first, because the similar red tones of their auras are conducive to physical contact and draw them together. They find it easier to become physical than to be verbal, and the urge to procreate is natural between them. But the closeness and passion of the similar aura energy forces the energy between them to drift more orangish-red, leading to conflict and jealousy.

When a couple like this first meets, the male in the relationship may thoroughly enjoy the fact that the couple enjoyed dinners in nice restaurants, and other people noticed his attractive companion. For the female, the relationship began as a positive experience. She enjoyed attending social gatherings, the nice dinners out, and the significant amount of time they spent together.

The relationship quickly becomes intimate, causing the orangish-red aura color to evolve between the two. As a result, the partners’ perceptions change, too. The man initially felt proud that the beautiful woman was with him, but he soon comes to believe that she’s demanding attention from everybody in the room. The woman feels that the man is growing more and more possessive and doesn’t seem to be giving her as much attention as he was giving her before. This leaves her feeling as though he’s discontent with her.

Nothing fundamentally shifted in the relationship. Only their perceptions turned negative. The contrast of the relationship plays out in emotional yellow hues of instability and insecurity. The color fades from a vibrant red to a tarnished shade of burnt orange.

The energy in a relationship indicates many things about you and your partner. If your auras are the same color, you’re highly likely to be compatible. If the relationship clashes or there are problems in the relationship, your aura colors can change quickly. 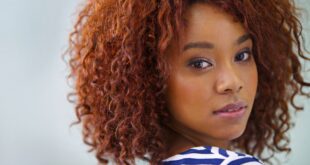 Focus on Your Career Before Starting a Relationship