What Is An Empath? It’s More Than Feeling Others’ Emotions

Some empaths are able to perceive and absorb other people’s emotions. Empaths often feel emotionally exhausted, because empathy’s core element is feeling.

However, there’s a lot more to being an empath than simply absorbing and reflecting other people’s emotional highs and lows. That’s due, at least in part, to the fact that there are eight different kinds of empaths—and only two of them involve absorbing other people’s pain.

To help you more easily identify your type and why you feel the way you do, here is a brief description of each of the different eight types of empaths.

Physically receptive empaths are tuned in to the physical ailments, pains, and illnesses of other people, which they absorb into their own bodies. There’s more to physically receptive empathy than naturally contagious physical mannerisms, such as yawning or laughing. For example, if a close friend of yours is suffering an exceedingly painful headache, you’ll probably feel tension in your own temples, too. And if you’re caring for your tweener niece or nephew, don’t be surprised if you sprout your own brand-new crop of acne.

Conversely, you can be invigorated and motivated by somebody else’s energy, success, and contentment. So, physically receptive empaths would be wise to find themselves a dynamic personal trainer!

An emotionally receptive empath senses the emotions of other people, often before they’ve been expressed. This can be a pleasant effect— for example, when a friend at work gets a promotion, you feel their satisfaction and sense of accomplishment as though you yourself were moving into that new corner office.

On the other hand, emotional empaths can become thoroughly exhausted by spending time with friends who constantly dwell on the negatives, complain all the time, are narcissists, or who demand all the attention without reciprocating. Therefore, emotionally receptive empaths are the first targets who are drained by needy and demanding “emotional vampires.” To avoid this, be sure to take good care of yourself, and learn to discern the emotions of other people from yours.

It’s almost as though claircognizant empaths have a comprehensive, all-encompassing superpower. Claircognizant empaths possess extraordinary perceptive gifts—such as intuitive abilities, receiving messages in groups of three, and communicating with plants and animals—in addition to other people’s emotions.

Dream empaths are especially gifted at clearly remembering dreams, so they can obtain and receive intuitive messages and information from their dreams. This allows them to source wisdom from, for example, a “talking” animal or a relative who has passed. Dream empaths can also read between the proverbial lines to discover deeper meanings in both their own dreams and those of others.

Precognitive empaths are able to feel that a situation or an event is going to occur before the event actually happens. This ability usually manifests as physical and emotional sensations, such as excitement, anxiety, or dread. Some precognitive empaths gain foresight and foreknowledge from information in dreams.

Flora empaths can accurately connect with the essence of plants and feel their needs.

But people who bloom with their blossoms and bask in the sunshine with their succulents aren’t only outstanding Plant Parents ever. They also make great human friends. One benefit of being a flora empath is that nurturing sprouts and saplings helps you act tenderly and more compassionately in other aspects of your life, too.

Geomantic empaths are tuned in to changes in our weather, our planet, and the whole solar system. For example, they sometimes can sense beforehand if there’s going to be an earthquake. Or, when a wildfire is raging, they feel it as physical pain.”

Fauna empaths are easy to spot—they’re the people who always hang out with the host’s pets at a party. They have special connections with animals, so they often feel animals’ needs and communicate with animals in soothing ways. Fauna empaths won’t tolerate violence toward animals, and often follow vegetarian or vegan diets and habits. 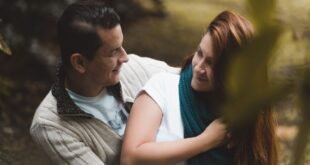 Signs You Have Found Your Soulmate