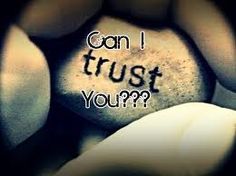 There are many single people who are vehemently against marriage. They do want to have happy and fulfilled relationships but do not want to commit out of fear that their relationship won’t work out.  Statistics prove that this is a reasonable assumption.

It does take a large leap of faith to commit yourself to marriage.   You must have a great deal of self-confidence as well as trust in your partner

How to Build Faith

A woman whose marriage had dissolved wanted to marry again, but she was reluctant to follow her heart out of fear that it wouldn’t work out.   Her partner was emotionally available and wasn’t really interested in marriage.   By staying in a relationship with him, she was settling for less than her heart’s desire.  This woman  didn’t discard her want for marriage, but she did do some ground work on what it takes to make a solid, fulfilling marriage.

She  started listening to experts on relationship experts and learned that couples should stay committed to courting each other by going on dates and even little getaways. She learned how to talk to a partner constructively and positively and how to resolve conflicts as they arise.

She made friends with people who are in successful marriages and heeded their advice about successful partnerships.  She learned to pursue her interests and do things that she enjoyed. She learned that she could make platonic friendships with men who had similar view points as she and that she didn’t have to settle for less than what she wanted.

Once she recognized that she was in a pattern of pursuing unavailable men, she sought help from a therapist who helped her see that she was pushing away potential husbands out of fear of failure.  After she recognized this, she was still unsure, so she set out to seek spiritual advice.  She learned that there was no such thing as 100% success when it comes to marriage. She learned that she could possibly achieve 97% and to work on that goal.

She built a foundation for a good, solid marriage by changing her perception, knowing herself and not expecting complete success.  This helped her gain faith in herself and in marriage.

7 Love Psychics Blog Moderator
Previous How to Protect Your Relationship From Your Loved Ones
Next The Single Stigma: Why Being Single Can Actually be a Positive Thing