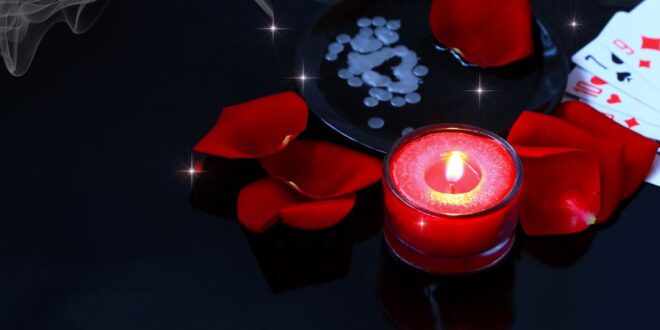 How to Know When You See a Spell Drop

If you are a witch, chances are that you have done a spell at some point and then afterwards you felt really strange such as being dizzy or even maybe tired. Some people will become irritated or will have a major mood change while others will get a headache. Even though this is something that is not fun, it is not something that is dangerous, and it actually has a name. This situation is called a spell drop and it happens to any level of witch.

The problem with a spell drop is that you cannot control it and it can be unpleasant, but it is nothing to be afraid of. Most of the time, when a spell drop happens, this can be a great sign that your spell is working and that you are doing the right thing.

Reading this can show you how you can know if you have a spell drop happening to you and what you can do about it.

Why Do Spell Drops Happen?

A spell drop is a feeling or a symptom that you get after you do a spell. This happens because your energy is no longer balanced and your personal energy changes and shifts.

When someone doesn’t know what a spell drop is, chances are that they have experienced physical problems such as headaches or changes in mood and they think something is seriously wrong with them. Some will even believe that they are depressed. The problem is that no one has the same symptoms, and they can differ depending on the person.

When a spell drop happens, especially during casting a spell, you are either giving too much energy to the spell or you are getting too much energy. Witches will use their energy when they do their magic and if they aren’t careful about how much to give or take, it can cause them to be in a state where they are not feeling normal.

Another thing that can cause these same feelings is if you are around someone that is an emotional vampire. This can cause the same symptoms as a spell drop because you will lose your energy fast and it can cause you to feel sick, emotional, or even stressed out. Spell drops can even happen when you pick up energy in your own energy field that are not your energies.

Knowing If You Have a Spell Drop

It can be easy for most people to know when they are going through a spell drop but some people will have symptoms that are unusual, or they are always changing, and this can confuse them. As you learn to understand your own energy you will notice that all you have to do is to make sure that you pay attention to what is going on in your body. If you aren’t sure how to do this, just keep notes after you do a spell and note how you are feeling. Once you get a few notes, you will be able to look at these and you will be able to understand your energy level more.

When you have too much energy you need to handle this by touching or figuring out how to get rid of the extra energy of your body.

Not having enough energy can cause you to have symptoms such as:

When you are lacking energy, your body is going to try to find ways to get the energy back. The energy will automatically be raised when you eat or sleep but when you do a spell, you need to find ways right away to raise the energy. You may not feel tired, or you might not be angry, but you might have some of the other symptoms and that doesn’t mean you are hungry or tired but that you are lacking energy.

When you have energy that you don’t know about in your area, it can be harder to know this kind of spell drop. This is when there is energy that is in your field, and you don’t know that it is even there until you go through different symptoms such as:

This can happen when you work with planet energy such as Mars energy. You might find that you are doing spells and that you have a spell drop because you don’t feel normal. This is when your personality begins to change and that means you are working with unfamiliar energy. This can still have too much or not enough energy.

When you cleanse, it can help you with too much or too little energy, but it will not work well with energy that is unfamiliar to you. Cleansing can help to remove excessive or not enough energy if you address it right away.

Is Spell Drop Dangerous for You?

Spell drop is not something that is dangerous, but many people wonder if it is, and it can cause some witches to be fearful of their crafting. Once you understand that things can be scary but not harmful, it can be better for you. Spirits are things that can be scary just like other things but once you learn to know their power and what kinds of limits they have, you will see that they aren’t scary at all. Even casting spells can scare new witches because they worry that the spell could go wrong and could harm them. Once you get the right information, you can learn that you have more power than you imagined, and you are safe.

Does Spell Drop Happen Because of Possession?

Spell drop is not caused because a spirit possesses you. As a matter of fact, this would be something that is very rare. Even someone that can get partially possessed will not have the same kinds of symptoms as someone that has spell drop. Most people that do a spell will not get possessed right away unless they were dealing with a spirit that was dangerous from the beginning.

Partial possession comes from things such as dealing with a person that has had a bad death experience such as dying in a traumatic death, and it causes them to have holes in the energy field which can cause you to get possessed by spirits. There has to be a kind of energy that comes that allows a partial possession to happen and it has to work with shock and other things so it is very unlikely that this will happen to you when you cast spells.

If you get something weird or a strange symptom about a day after you cast a spell, this is most like a spell drop and not anything more serious. If you keep having the strange symptoms, find defense magic that you can use.

Can Spell Drop Cause Damages that Don’t Go Away?

Most of the time a spell drop only lasts for a little while and will not cause any damage to you permanently. You might have conditions already that can trigger something bigger such as if you have asthma and you are having trouble breathing it might cause an asthma attack, but most likely that will not happen.

Another thing is that spell drop can make you get depressed and if you become suicidal, you need to talk to someone right away because this is a concern. Most of the time though, spell drop will happen and will be fast and harmless but once in a while it can trigger something bigger. It is best if you can learn to stop a spell drop before they happen so that they don’t cause something bigger to ever happen.

If you have a condition already, you might have more problems with a spell drop. Maybe you have already experienced these problems after doing spells and you were not sure about what was going on. Now that you have talked about it, you know what things can cause you harm and you can learn to keep yourself safe when you do magic. Make sure that you practice your witchcraft by yourself or that you have the medication on hand that you need in case something goes wrong. Sometimes when someone experiences spell drop, they can talk to a friend or another witch and realize that they are safe and secure.

If you are healthy and you have no mental health issues, you will most likely be safe when a spell drop happens. They really are not dangerous and most of them will only last a couple hours but usually no more than a day. Everyone has a body, and the body wants to be balanced and strong. The energy will begin to turn to normal after you finish the spell and have a spell drop and most people will have no damage after this happens to them. Some might have a mild headache but most of them will heal fast.

You might have these crazy symptoms and then you might feel that you are having a mental breakdown when really you aren’t. If out of nowhere you become sad, angry, or depressed, you need to see if you have a reason such as you recently cast a spell. You are not losing your mind!

These kinds of symptoms are normal symptoms when your energy is out of control. You would feel crazy if someone smashed your finger in the door and you will feel the pain, and this is the same thing that happens when your body has to deal with spell drop.

Whatever spell you did recently, your body went on a different energy level, and this can cause all sorts of things to happen to your body. Your emotions can get out of whack and your body might respond to it with pain or with headaches. This is all normal with a spell drop.

Spell drop is one thing that often happens when a spell works. This is not a sign that you failed at your magic or that the spell is coming back on you. This is actually a sign that your energy is unbalanced because the spell took all of your energy and focused on your work. If you have less energy than when you started, more than likely this is a spell drop and your spell worked without problems. This does not ever mean a failure, and this means that something happened when you did the spell. It can mean that your energy was moving fast and that your spell worked.

Spell drop is not something that is fun to have, but once you learn how to identify it and deal with it, you will see that you can stop spell drop from happening when you do spell work. You may feel bad a few hours afterwards but know that this is common, and it most likely means your spell is working. 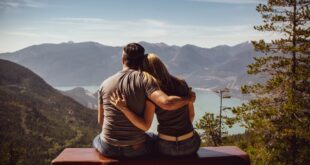