Dreams are Mysterious, bewildering, eye-opening and sometimes a nightmarish hell. Your dream’s length can vary from a few seconds to as long as 30 minutes. The average person goes through 3-5 dreams a night, mainly occurring in the rapid eye movement (REM) stage of sleep; it’s in this stage where the brain is at its most active time, almost as if you were awake.

Below are a 20 Interesting Facts About Dreams that You Might Not Know:

Many people keep a dream diary by the bedside table to help them record their dreams, and with good reason. Within 5 minutes of waking, half of your dream is already gone; within 10, you will have forgotten 90% of it. Freud has theorized that dreams are forgotten because they contain repressed feelings or thoughts that we don’t want to remember anyway.

Dream researcher L. Strumpell, on the other hand, blames the vagueness of dreams; because we tend to remember things by association and repetition, remembering dreams can be quite challenging.

In a 2009 study conducted by Jennie Parker, British researcher, and psychologist for the University of the West of England it was discovered that “women in general do experience more nightmares than men”.

Women’s nightmares were also reported to be more emotionally intense than men’s. The test involved 100 women and 93 men between the ages of 18 and 25, who were asked to record their dreams in diaries.

A study conducted by the Yúzúncú Yil University in Turkey has shown that those who stay up and wake up late have a higher chance of belonging to the 2-6% population who has weekly nightmares. The study states that, although cortisol levels rise in the morning, irregular sleep patterns disturb circadian rhythms and lead to the stress hormone affecting dreams.

Several game-changing ideas came about from dreams, says Harvard University psychologist Deirdre Barrett. In a weeklong study conducted on college students, Barrett asked the students to incubate answers to school assignments and other problems they were facing at the moment. The study concluded with 50% of the volunteers having a dream about their problem and 25% actually dreaming of a solution.

For those looking to lose some extra pounds, you’ll be glad to know that dreams do burn calories. In a study conducted at St. Luke’s Hospital in New York, volunteers went under a strict diet regimen for 4 days under various sleep conditions. They were then asked to fast on day 5 and were allowed to eat as much as they liked on days 6 and 7.

The results showed that those who slept longer and had more dreams each night were less hungry, specifically for fat- and carbohydrate-rich foods. Volunteers who slept only 4 hours each night, on the other hand, found that their metabolism slowed down and they ate more on the 6th and 7th day.

In a study that involved 23 women and 26 men going through a divorce, psychologist Rosalind Cartwright from Rush University found that those diagnosed with clinical depression were better off than their more resilient counterparts. While the depressed subjects had shorter, more pleasurable dreams, their better-adjusted peers had more ruthless dreams, usually involving their exes.

Researchers at the University of Messina in Italy found that pregnant women who had bad dreams about birthing traumas or losing the baby often experienced shorter labor periods.

If you think nightmares are bad, then imagine having a rare sleep disorder wherein you act out violent dreams by kicking and screaming. According to a study published online on 28 July 2010 in Neurology, this can be an early sign of brain disorders as you get older.

In a study published in the Nov. 23, 2011, issue of Current Biology, UC Berkeley scientists found that the brain showed decreased levels of chemicals associated with stress during REM sleep.

According to Matthew Walker, associate professor of psychology and neuroscience, previous emotional experiences lose much of their negative effects the next day because they have been reprocessed in a neuro-chemically safe environment during the dream state.

A 2004 study, which was conducted by scientists from the Sleep Laboratory at the Central Institute of Mental Health in Mannheim, Germany, showed that most of the 55 typical dream themes occurred at least once in most of the participants’ lifetimes.

Psychologist Antonio Zadra, in a study conducted in 2007, was able to show that dreams about sex account for approximately 8% of all reported dreams for both men and women. The most common type of sexual dream involved intercourse, while some dreams involved kissing and fantasies.

While many people dream in color, it’s estimated that 1 person in 8 has dreams in black and white. Dundee University’s Eva Murzyn suggests that “…there could be a critical period in our childhood when watching films has a big impact on the way dreams are formed.” She concluded this from the fact that dreams during the 20th century were almost always devoid of color; the shift to colored dreams occurred only during the 1960’s, coinciding with the advent of Technicolor.

During REM sleep, or dream-phase sleep, your body suppresses the release of neurotransmitters such as norepinephrine, serotonin, and histamine—all of which are vital in stimulating motor neurons. This effectively paralyzes the body and puts it in a state of REM atonia, a condition wherein the muscles are in a state of relaxation that borders on paralysis.

Studies have shown that REM sleep and its associated brain states also occur in a number of animals.

While dream interpretation focuses on understanding dream meaning and deciphering their symbolisms, Oneirology, the scientific study of dreams, is more concerned with the mechanisms and processes involved in dreaming.

Not all dreams are visual, and this makes it possible for blind people to dream. Researchers from the University of Copenhagen and Glostrup Hospital in Denmark published a study in Sleep Medicine stating that blind people’s dreams mostly involve auditory and gustatory sensations.

While people who become blind after birth have visual dreams, those who were born blind also have vivid dreams, thanks to a broader array of sensory inputs.

According to the Journal of Abnormal Psychology, 33% of 293 smokers who were abstinent for between 1 and 4 weeks reported having at least 1 dream about smoking, with these dreams being described as more vivid than usual.

If you’ve ever had the feeling that you’ve already seen or felt something that you’re only experiencing for the first time, you’re not alone. A survey found that 18-38% of people who participated in the survey have had at least one precognitive dream, and 70% have experienced déjà vu. It’s also interesting to note that up to 98% of these people believe in the possibility of precognitive dreams.

At times, you may be dreaming of frolicking in a meadow and then suddenly hear the shrill sound of bells, only to wake up to the sound of your alarm clock. This phenomenon is known as Sensory Incorporation, wherein elements of your physical surroundings incorporate merge with your dream.

A study conducted by Nielsen in 1993 has shown that the physical sensation of pressure on the participants’ legs was incorporated into their dreams, subtly yet directly. 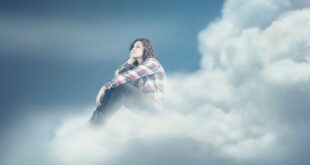 Decode what Your Dreams Mean

While some dreams are mysterious, understanding the meaning of our dreams is more than a …